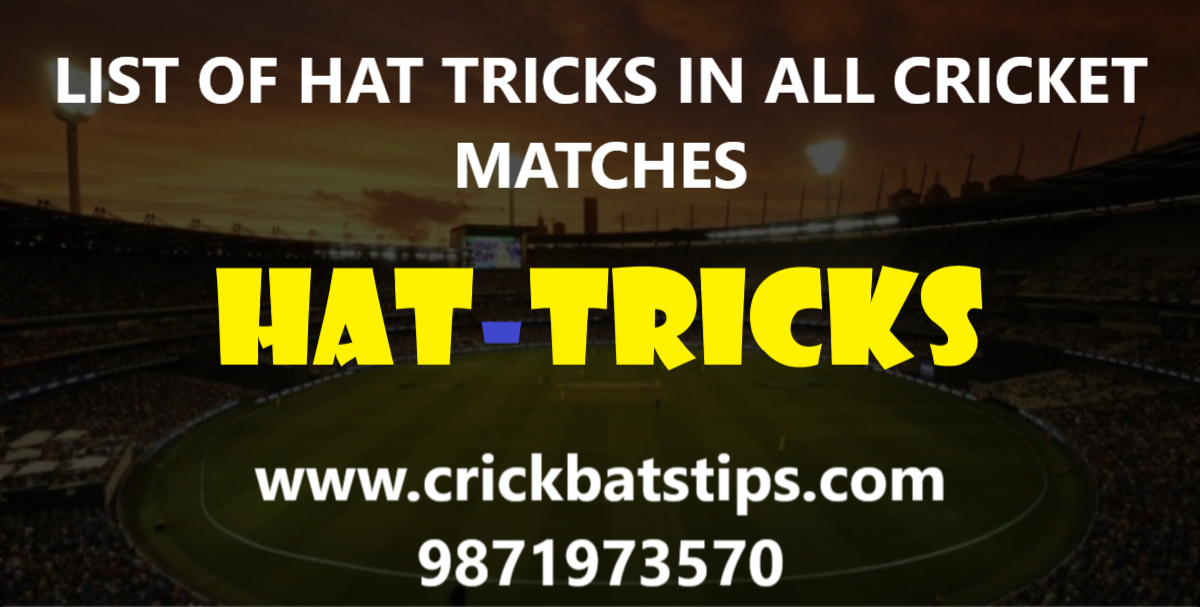 Indian Bowlers have never failed to surprise the world with their bowling effort. Just have a look at the greatest and Top Hat Tricks by Indian Bowlers.

In the list of Hat Tricks, there are many bowlers from different teams, who have picked up hat tricks in the cricket world. The name of Hat Trick takers in cricket in all the formats are listed below.

T20 is the shortest format of an international cricket tournament. Where both the teams get 20 overs each to bat. The bowlers get only 4 overs to bowl. Therefore, it becomes harder for them to pick the hat trick. But, yet there are many outstanding players who have Hat Tricks in T20 Cricket.

The Test Cricket is the longer and older format of the International Cricket Tournament. The first-ever Hat Trick in cricket history came in a Test match. Fred Spofforth was the 1st man on the planet to pick up the 1st Hat Trick in a cricket match.

The match was played between Australia and England at the MCG, Melbourne Ground on 2nd January 1879. Fred Spofforth was playing for Australia against England and he bowled Vernon Royle, Francis MacKinnon, on two Consecutive Bowls before Tom Emmett gave his catch to Tom Horan.

With this, Australia becomes the 1st Team to get Hat Trick in an International Cricket Match.